From time to time I watch some good reporting type programs on YouTube. Showing some sights in the world, China, Korea, Japan and a host of other countries. Showing the infrastructure. Well, my heart sinks looking at some of the things shown. Comparing that with what is around here in the UK. They build roads, new, railways electrified, everything runs on time, hardly standing in trains, plenty of seating capacity. The trains are supersonic or so it seems. 400 kms an hour and some don’t even have wheels! Like the Maglev. Over in the UK Wales is lucky to get second-hand old diesel buses! The roads are in such a state your car will need a new suspension within one year of buying it. Where does all our money go to?
Am I missing something? Let’s have a comparison exercise, we have the NHS, a great thing to have. It costs billions though, other countries only have a rudimentary system that mostly you have to pay for. In Holland they have a three-tier insurance system. The bottom tier actually is not worth having, it only allows doctor’s visits and rudimentary hospital services. No dental stuff. But it is a fair question, where then is our money spent? It does not seem to be on our infrastructure. Despite all those wonderful politicians mumbling on TV about how hard they work, may I ask – where and what for? Where is our Maglev? Plans for that would be mired in controversy from the very beginning. We, the citizens of our country will have to decide what we do really want. You know for a nation that started the industrial revolution, we got stuck at the magnificence of steam and oil whilst the rest of the world got electrified. We need to wake up and more so, wake up our politicians! One last question - where did all the money earned from North Sea oil go? I think I know but over to you readers.
Posted by DutchEnery at 19:06 No comments:

Just to mention our prime minister (the best one we've had for some time!) is now also suffering the effects of the Covid virus. Let's hope, nay pray, that he will pull through! It would be terrible to have to go through all that electioneering, backbiting, arguments, telling lies and more, all over again. So Boris, get better soon, I'll keep my fingers crossed. At least you are in the right place, the hospital in London in which you are now is one of the best. And as an aside we have to be thankful for the people of the NHS, talk about putting your life on the line? It should be applauded. But humanity has a short memory span, when this is all over who will remember the unstinting service of the nurses and doctors? Well, for one I will! It is through them I am still here and not in a shallow grave or wafting about like a spirit. Look at what they do now - going to work knowing how their day may end. Soooooooo, here is a big hand from me. 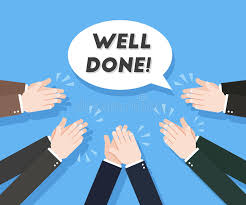 PS I used an image from dreamstime.com, I think it's royalty free.
Posted by DutchEnery at 16:45 No comments: